You are here: Home / Home / Backyard Chickens / Rodent proofing the chicken coop and the first egg 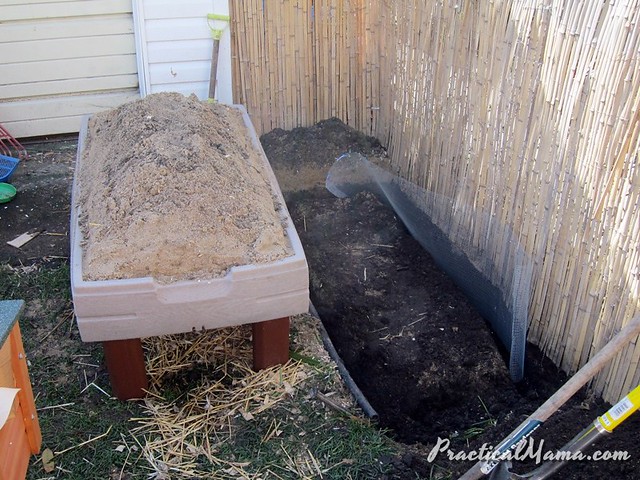 When we setup the coop initially, I’ve read about putting chicken wire down in the soil around the perimeter but I got lazy and skipped it at the time. As it started to get colder, I’ve heard about rats from the neighbors so I decided to install wire underneath the coop. The coop wasn’t fixed to the ground and it is light, so we just moved it. However, we had good amount of sand in the base. Moving that, was a workout. I loaded it onto kid’s sand box. I dug around soil where coop would sit and pushed in hardware  cloth about 10-12″ deep. 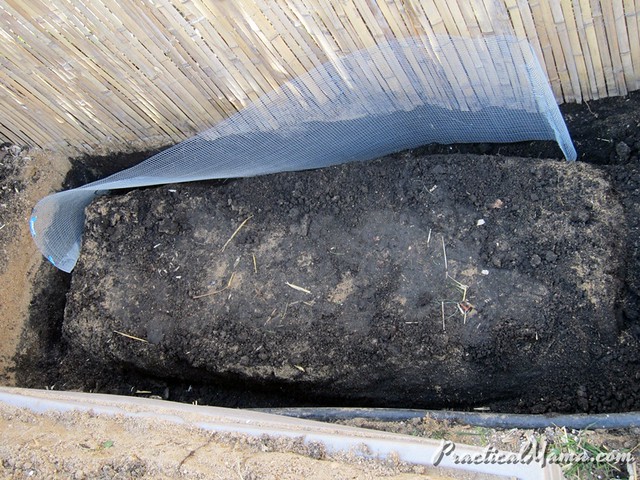 Digging and pushing the wire was not easy. I had to use small gardening shovel to dig out the last inches. Behind where the  coop sits the fence between us and the neighbor. 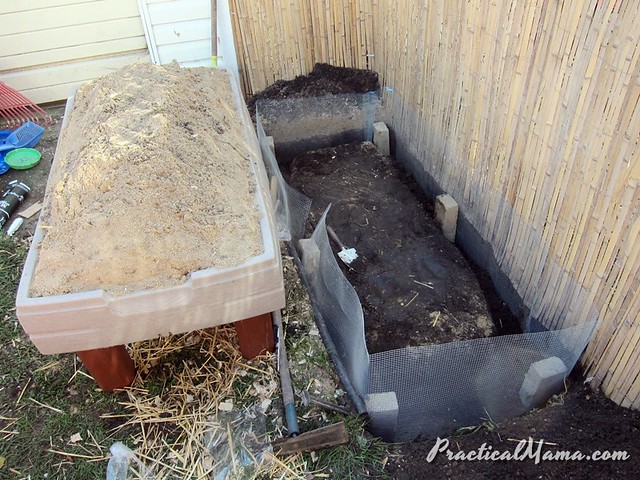 I aligned the cement bricks to place the coop on. I used  2 x (36″*3′) hardware cloth. Cut it to the length in half (18″) and was able to fit about 10-12″ in. I didn’t place any lateral hardware cloth to the bottom of the coop, so that their claws wouldn’t get caught if they scratch too deep.

I also purchased Wildcat Urine which I had seen at Chicken Chick’s Rodent Control Post, as a back up prevention. I didn’t have to use it yet. 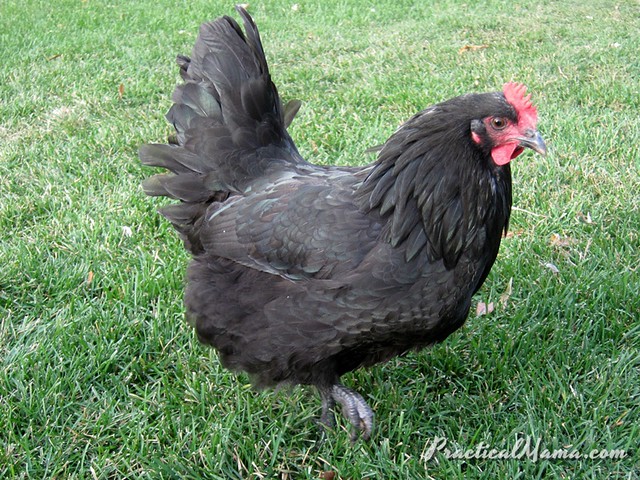 This is Chick Vader as the end of October. 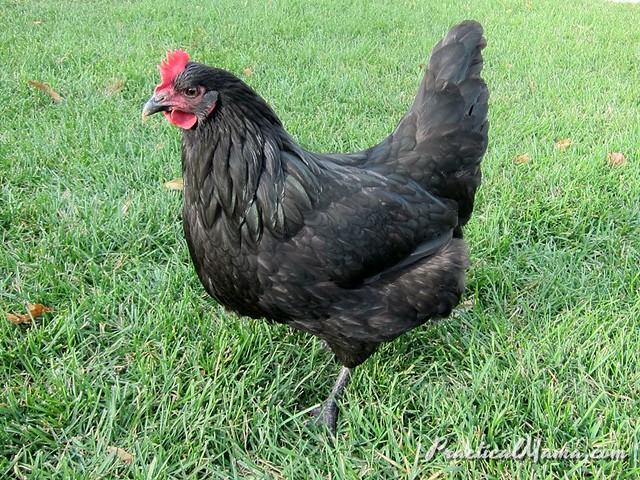 She is quite calm and rather slow. You can easily get and pet her. 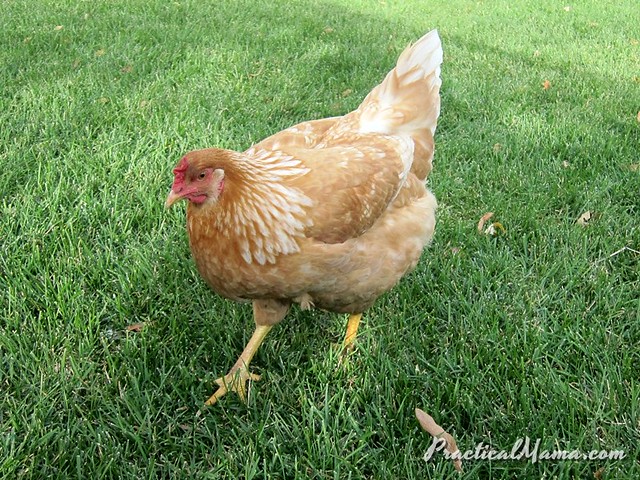 Yellow is very curious as usual. She moves around fast and doesn’t like to be held to long. They both like to swing in the swing seat. 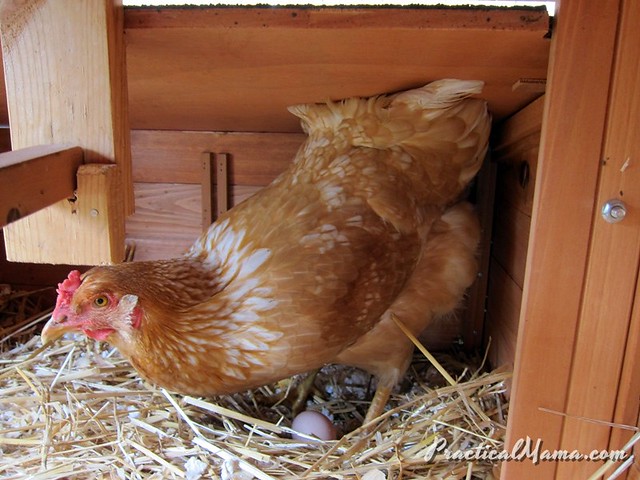 Yellow laid her first egg on October 16th, when she was about  26-weeks old. Chick Vader started about few days ago. She is about 4-5 weeks younger than Yellow. We’ve been putting toy eggs in their nest box, since Yellow was about 22-weeks old to give the girls cues. They also started on the layer feed and oyster shells. 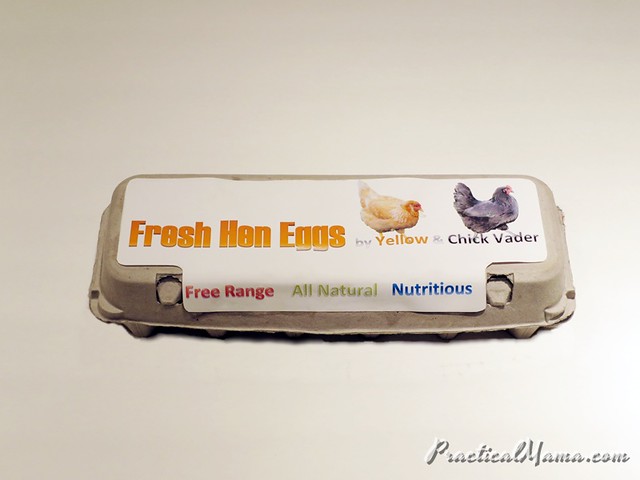 I made this the egg carton, to put their eggs separately. I used MS Word and Avery full sheet label to create it. 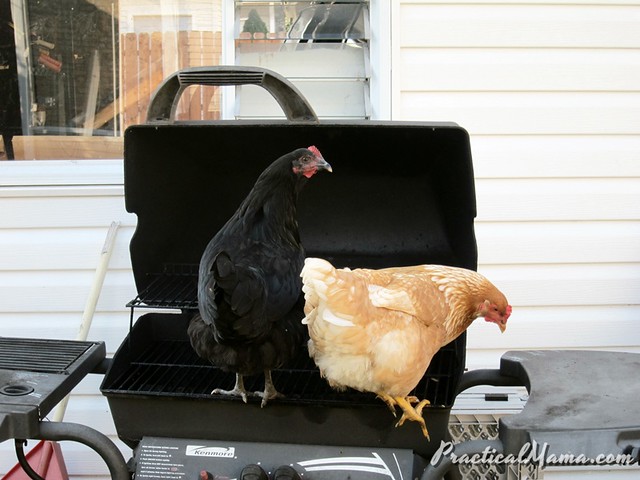 Here is real barbecue chicken. (Heat was not on) Girls found grill’s top open, while my husband was trying to get something out of it. They are so curious, immediately jumped on to see if there is anything peck-worthy in there.