We’ve had drastic changes with our backyard chickens since I wrote my last post about winterizing chicken coop. We’ve had a really harsh winter with two weeks of sub zero temperatures. Yellow and Chick Vader handled the cold temperatures during the day pretty fairly. We took them in when especially windchill was at its worst and at nights just in case. We kept them in the enclosed porch, so that they would be cool but not freezing cold.
We made it to spring safe and sound. All our neighbors and friends were worried out chickens but they handled their first brutal Chicago winter better than we did.

Unfortunately, at the end of May, out of nowhere, Yellow got sick. She possibly got some type of a respiratory disease. We administered antibiotics and took care of her to our best abilities but unfortunately she passed away 4 days after she showed the first symptoms. It was devastating for my son. 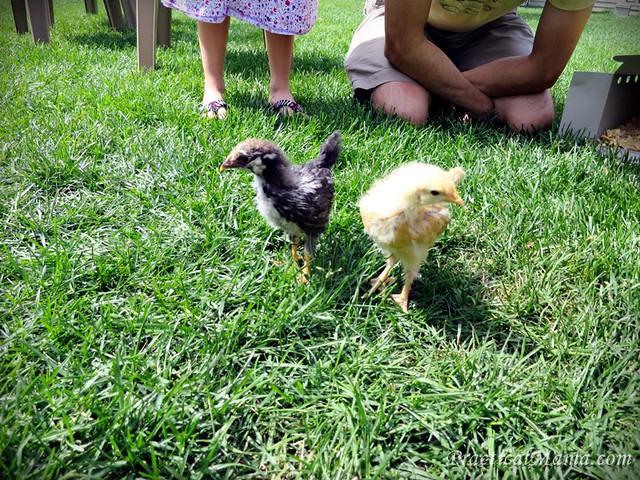 The first week of June, few days after my son’s birthday party, we went to the bird store to get a chick. The store owner told us that a chick by herself would be miserable, so we came back home with two chicks. Goldie and Silver Vader. An Orpington Buff and a Silver Laced Wyandotte. 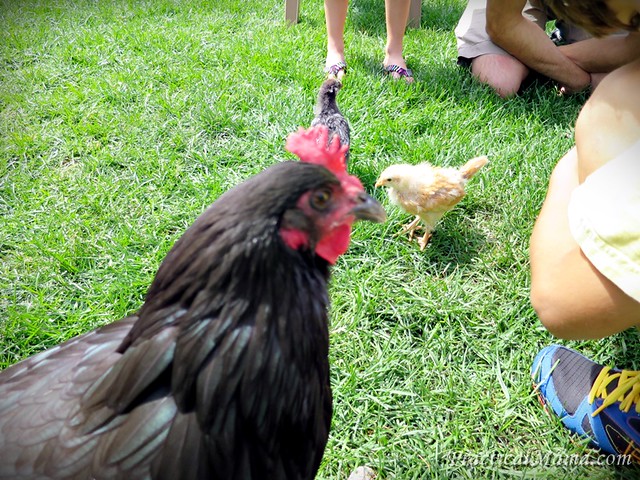 Chick Vader was very surprised and not pleased. 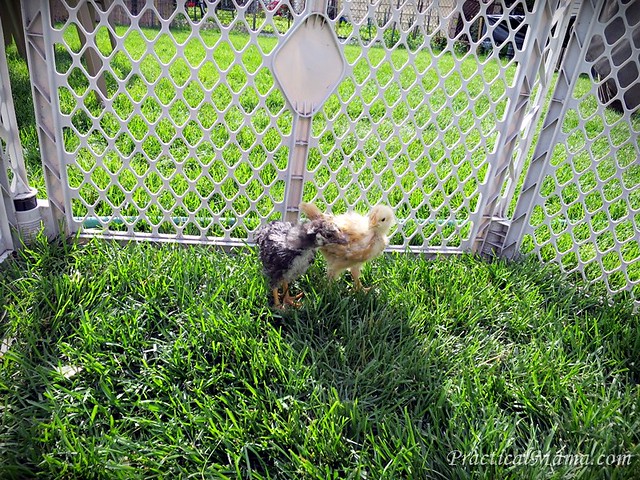 They were already 3 weeks old and the weather was warm. We kept them outside during the day and took them in at night for about a month. 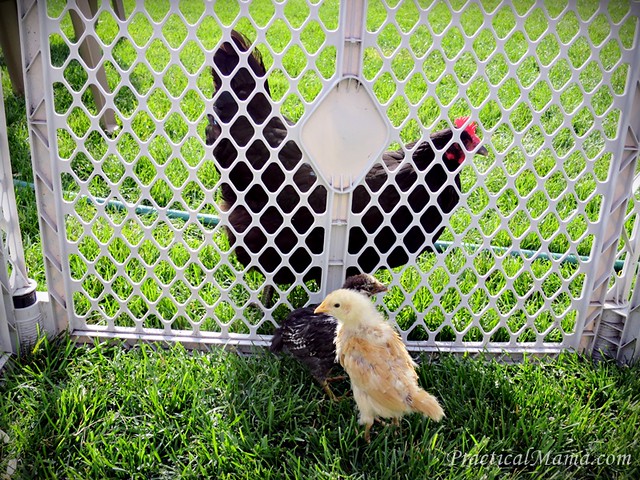 We fenced the little ones in so that Chick Vader wouldn’t hurt them. We also closed the top off just in case hungry big birds came along to look for lunch. 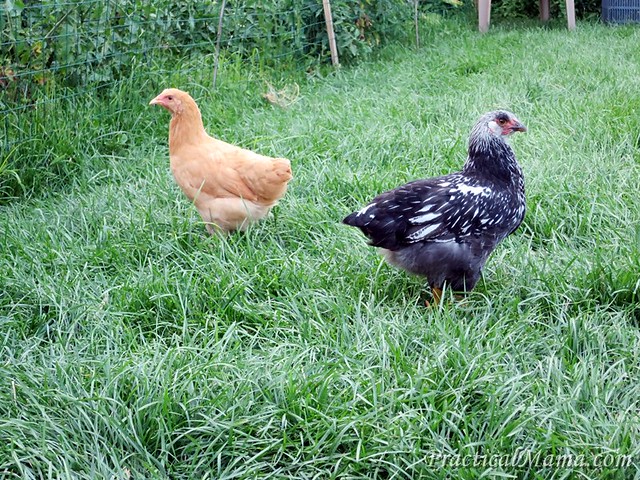 They became cute and curious little pullets in no time. We fenced the vegetables this year, even though we didn’t have to last year with Yellow and Chick Vader. 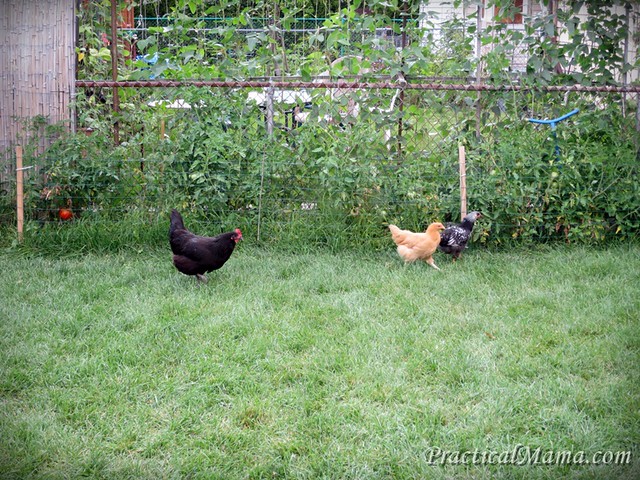 Two months after we got them, at the end of July, we let the pullets out of their quarantine, assuming that Chick Vader got used to them. Or pullets grew fast enough to run away from Chick Vader, if she were to attack. As of mid-August they coexist, even though we cannot say they are bffs. 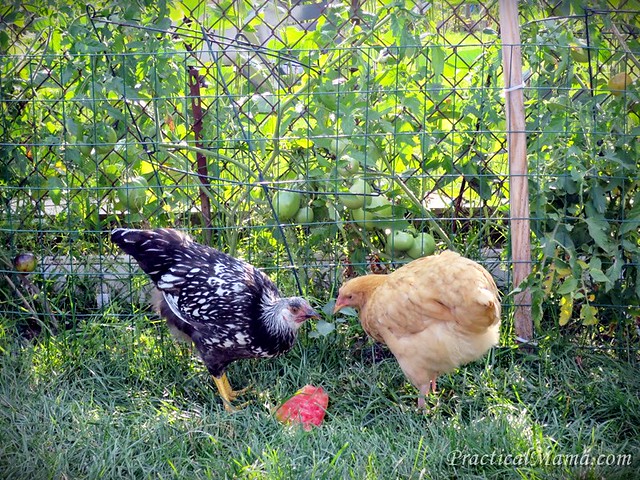 Goldie and Silver Vader loves watermelon like Chick Vader does. 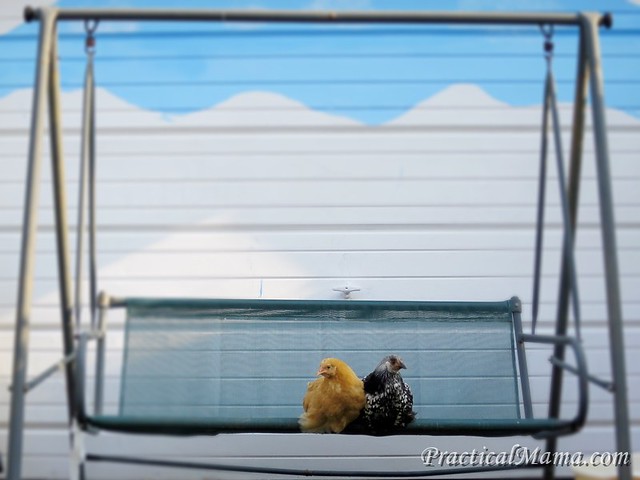 They love swinging on the swing, which Chick Vader and Yellow never tried. Silver is the mischievous one and Goldie always follows Silver. 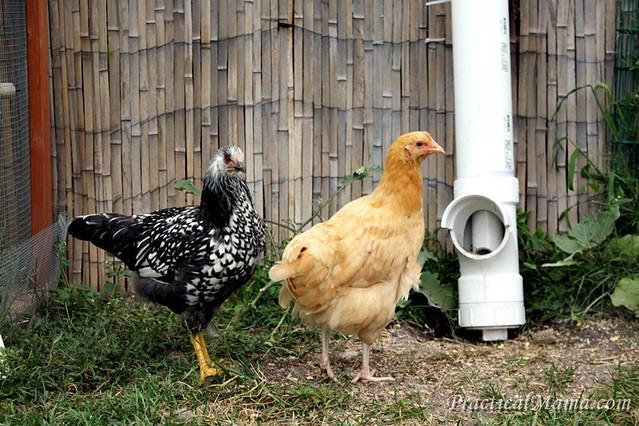 They were initially afraid of us. They started to grasp that we are the feed providers so they do not run away from us when they see us like they used to. They are 3 months of now. They still have 2 months to start laying eggs. 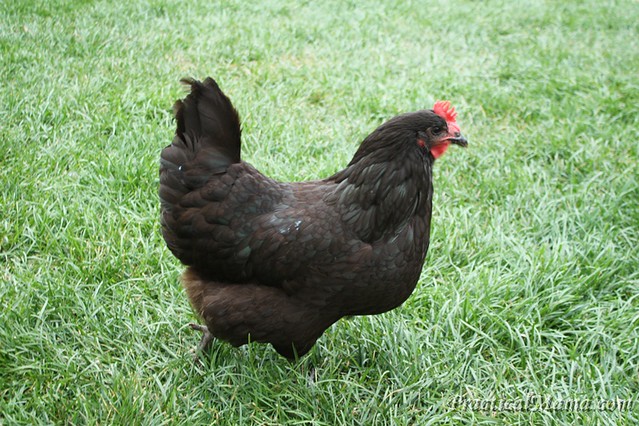 However, they do not let us grab and pet them like Chick Vader does. She still lays eggs about 5-6 times a week now. She loves yogurt, watermelons and all leftover grains.

She is very tame. She’s like a puppy, running hysterically towards us when we open the door to get out to our backyard. She will jump up as high as she can, when she thinks we have treats for them. She recently became as comfortable as to join in our dinner, on our chair arm or on table, when we eat our dinners out in the backyard.

Our adventure with backyard chickens which started with a class project is moving forward with full force with two late chickens and two new chicks. I’ve never though I would own pets but I love being a chicken lady.