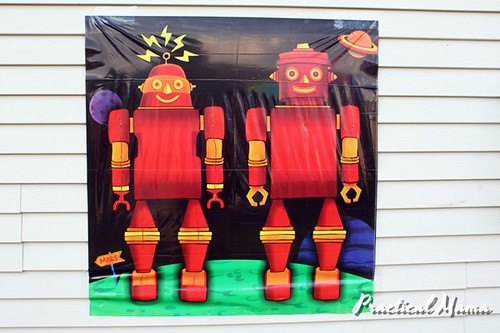 This year, my son wanted a robot themed birthday party. We always hold the parties at our home. Kids play in the basement, parents mingle and chat. Since the kids have grown, they tend to come up with mischievous plans together, move around the house instead of playing with toys in the basement. So I decided to bring in some type of an activity to entertain the kids. Clowns and tricks wouldn’t cut it so I started searching something more fitting to the theme. Luckily, I saw with Dr. Gadget’s ad in Chicago Parent magazine that month. We talked over the phone and it sounded exactly like what I was looking for. The experience turned out to be that way as well. 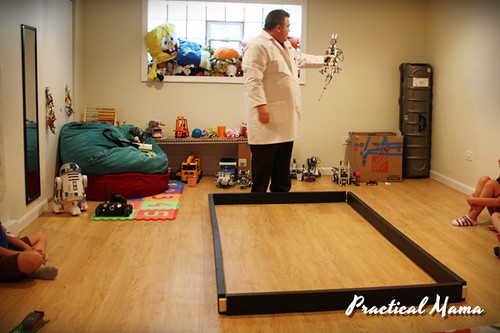 Dr. Gadget, Marc Irwin, is a science teacher, robotics coach, Advisory panelist for LEGO Education… you name it. He came along with a dozen Mindstorms robots. As we had talked, we arranged an area with a flat surface for his show. As soon as the robots were out, the kids were hypnotized. 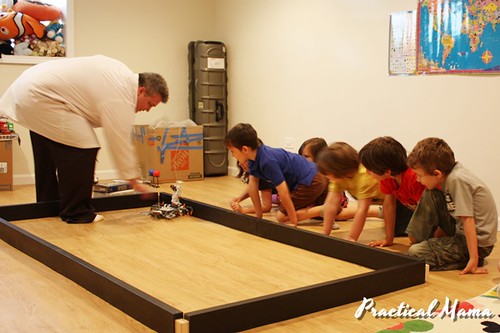 Dr. Gadget explained different types of robots, how they are programmed and how they function in a way that it was easier for me to understand. 7 year-olds understand better than me, definitely. 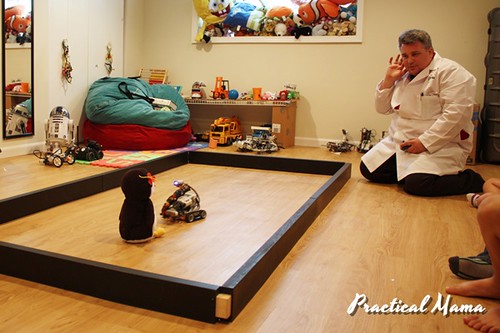 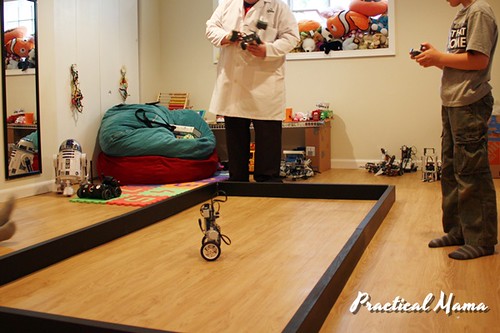 Kids were able to operate some of the robots. 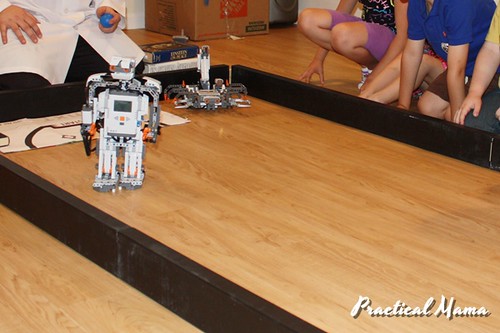 It was really hard for the kids to keep their hands away from them anyway. 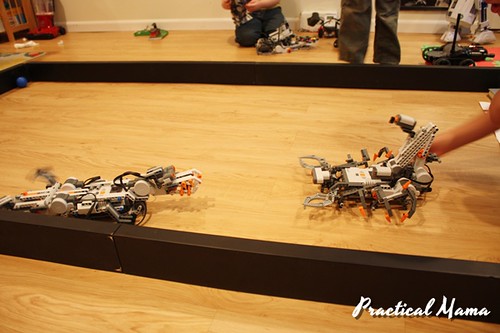 Battle of the crocodile and scorpion. 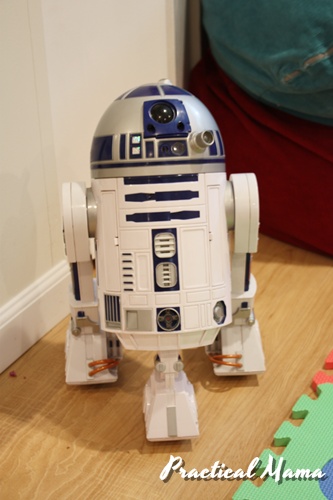 And of course the one and only R2D2. The only drawback to this was, my son kept begging for this R2D2 for quite sometime after the party.

Both parents and kids watched and had fun with Mr. Gadget’s robot show. Kids were able to play with them a little bit, under adult surveillance. They asked a lot of questions. Dr. Gadget was very kind and patient with all the kids. My son was really happy about this show on his birthday. If you are looking for a robot themed birthday party activity / entertainment for your children in Chicago, I highly recommend Dr. Gadget’s (i.e. Marc Irwin) robot show.