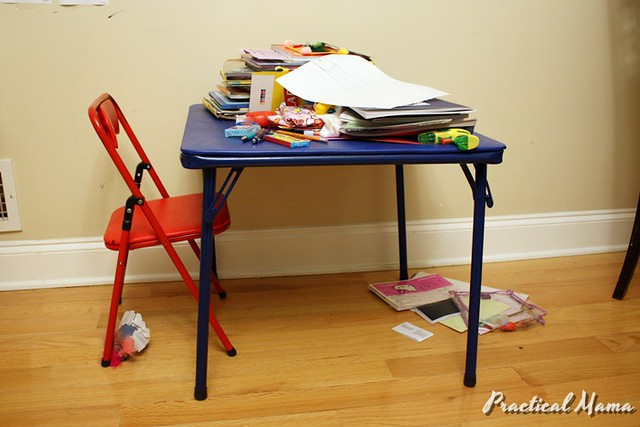 We set up this small table when my kids were much smaller for them to eat snacks by themselves and scribble once in a while at one corner of our living room. During the time it became a full-fledged craft and drawing place and causing a terrible mess in our living room. Instead, I wanted to build a drawing, painting and crafts table for my two kids, which would also store all of their materials.

I have two kids, so I needed a table that can be accessed from both sides. A big table that would use up a lot of space in the living room so I need an arrangement of medium size. I couldn’t find exactly what I wanted ready for sale but I knew what I wanted so I created this design. 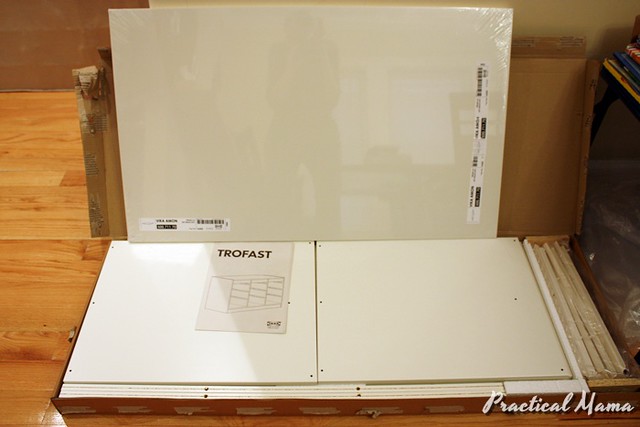 Browsing IKEA’s website helped me a lot. For this project I got:

I wanted to use the smaller VIKA AMON, but 22″ high TROFAST frames came in only single or triple sections. So I asked for help from a dear friend, who is experienced in carpentry projects and had the necessary tools. Here is how to build it: 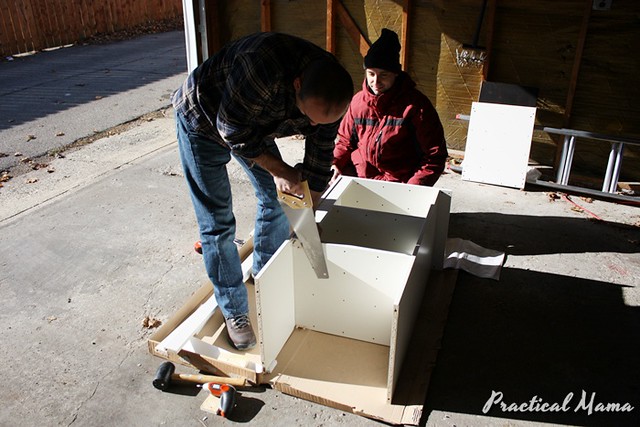 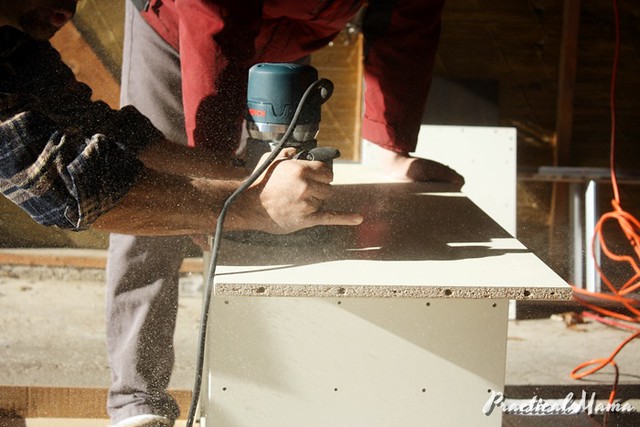 2. Cut the extending wood, beyond the second section, preferably, with an electric saw. 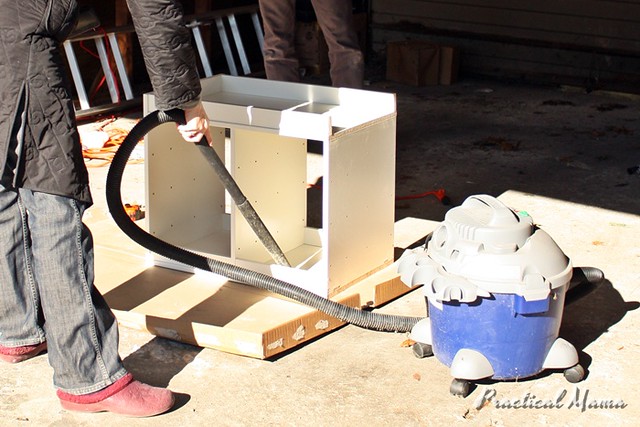 3. Add the bottom panels and cut them as well. 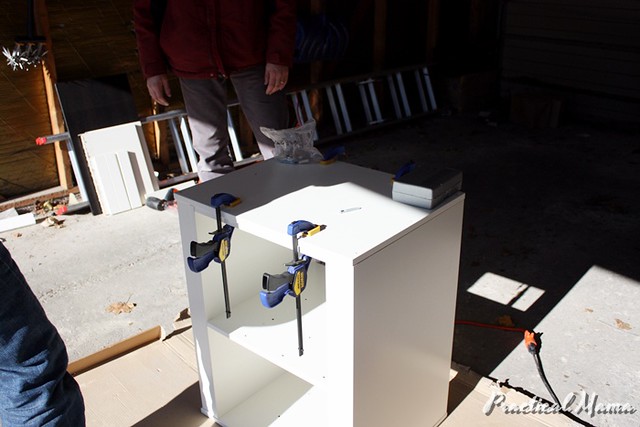 4. Put the third (remaining) side panel on the top of the side you cut, so that the height on both sides will be even. 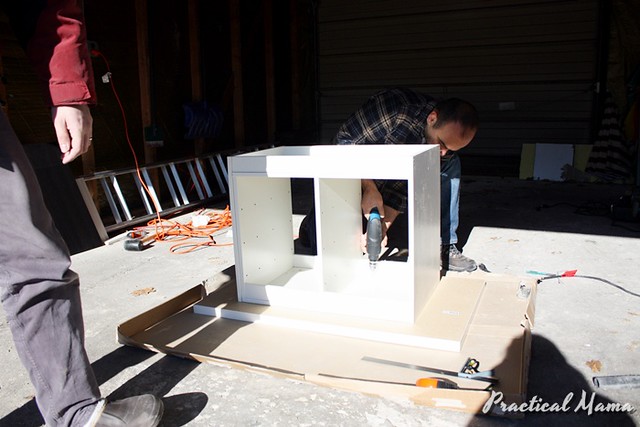 5. Install the GRUNDTAL rails. In order to fit them and still be able to unscrew the pipe to put on a roll, you have to cut the pipes about 1.5″ both. Before cutting the pipes hammer the part where you put the screw in, a little bit more than 1.5″ back. Do not forget to push these back before cutting the pipe. 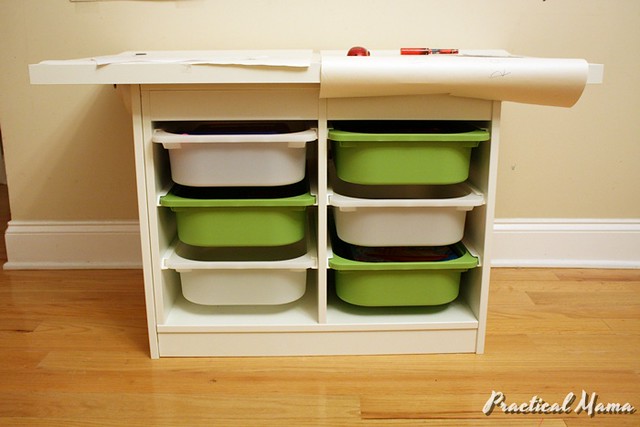 7. Put the MALA paper rolls on. 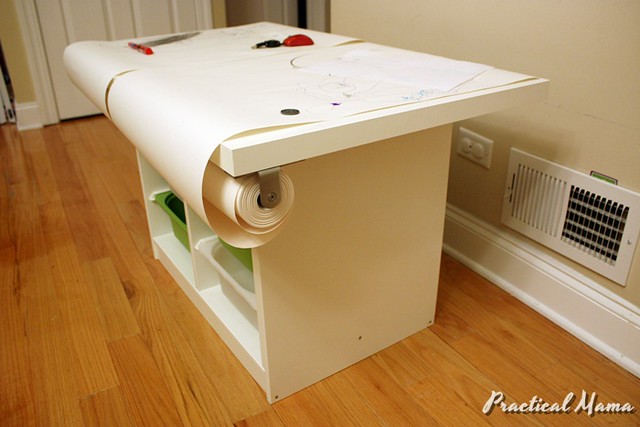 We actually fixed the tabletop on TROFAST before installing the paper rails (which was our only mistake). Later we had to move the tabletop a little bit to the side so that the rail holders would fit on the other side.

It is very stable. It is a little bit higher than an average children’s craft table since total height is 22″+1 5/8″.

1. Introduce the new craft table to the kids.
2. Make sure they learn to put away their materials and scraps into the drawer bins.

If you have enough space, you can make a bigger table with larger VIKA AMON table top (L: 48 3/8′) on top of a complete TROFAST frame.

You can put LEGO base plates on the table and use it as a LEGO workstation as well. I am thinking about adding this feature on by gluing base plates on a thin plywood I got from IKEA as-is dept and fixing it on the table top with hinges. It might be too much. Maybe I’ll just make it and keep it separate/portable.