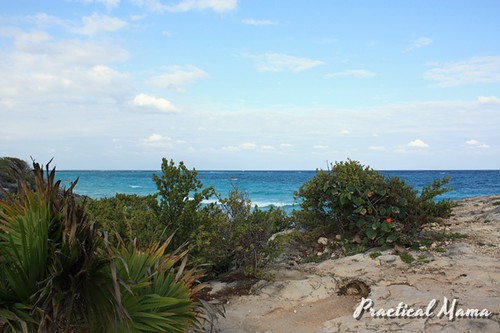 This is the third and the last part of our vacation to Cancun, Mexico and our day trips to Chichen Itza and Tulum. Mayan City of Tulum is on the Carribbean Coast of the Yucatan Peninsula, south of Playa del Carmen. It is on the main road of “307”, the same route that goes to some of the favorite theme parks such as Xel ha, Xcaret and Xplor. It took us about 2 hours to get to Tulum from Cancun. The parking lot is far away from the archaeological site. Once you park, you have to pay a minimal fee to get a round trip ticket for a trolley which takes you to and from the site. Otherwise, the walk is about 15 minutes, which is long foThere are local people with the costumes, which pose for a photo for you for a fee. Like the street impersonators in Las Vegas. I highly recommend. Our pictures turned out great. They are worth the money. Once you get to the entrance, you get your tickets, this time less complicated than Chichen Itza. 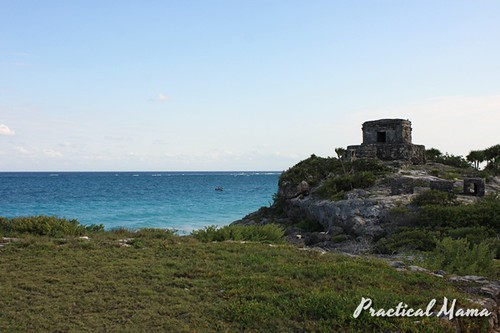 Despite the fact that the ruins were more “ruined” than Chichen Itza, the turquoise waters of the Caribbean makes this archaeological site a spectacular gem. I am biased towards seaside property. 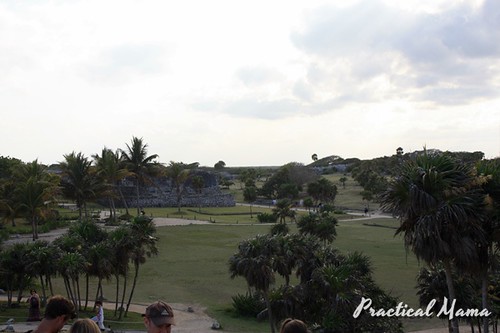 Tulum, presumed to have less than 1,000 inhabitants. It is smaller than Chichen Itza. The site is now landscaped with grass and there are lots of palm trees and shrubs. 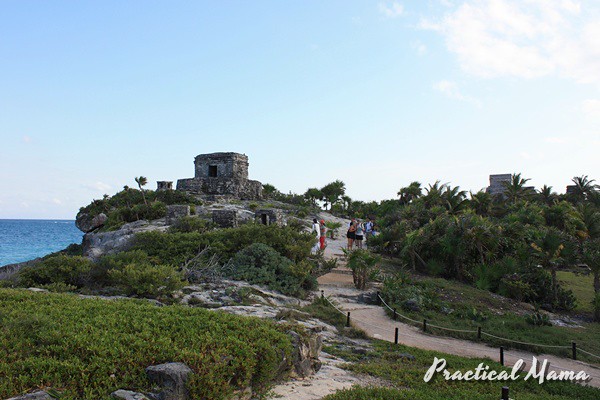 Tulum means “Wall”, so it is called “the walled city.” There are many arches to get in and around so it was fun for the kids to “explore”. 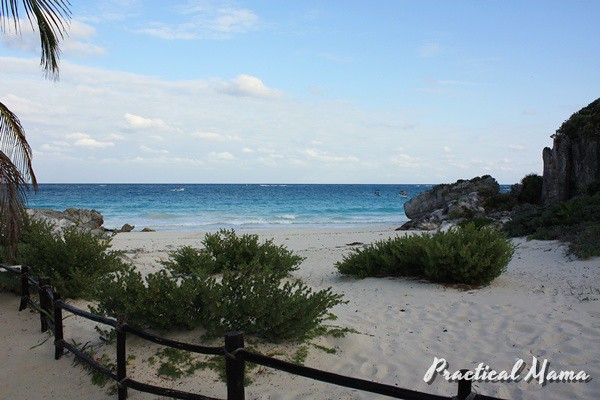 We arrived late, right before the beach closed, but there were a lot of people enjoying the white sand beach. 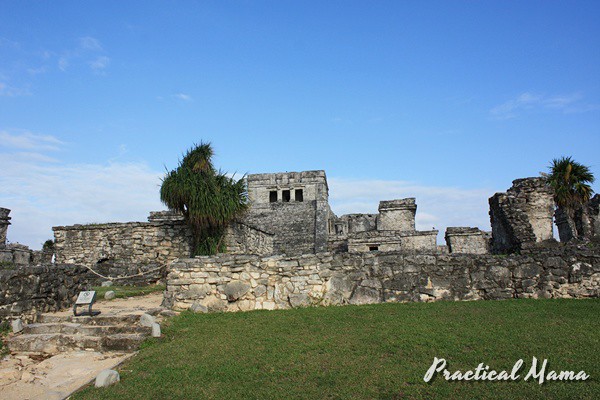 The Great Temple or “El Castillo”. 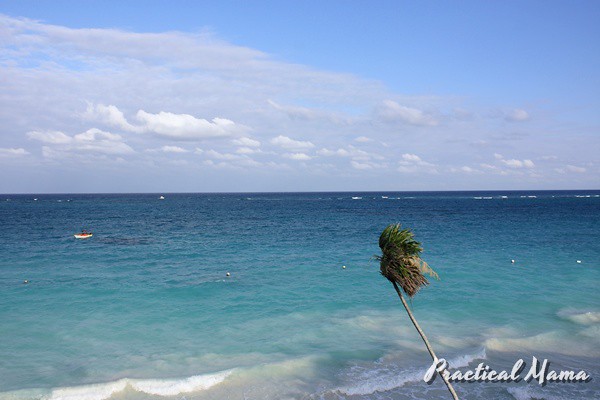 Beautiful Caribbean Sea. There were little boats taking people to a shore farther from the archaeological site. 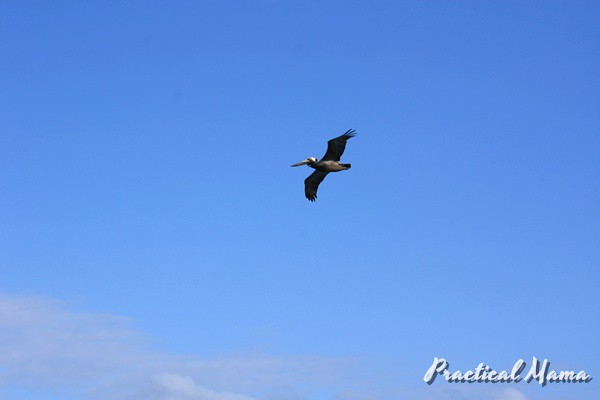 Pelican birds were flying around. 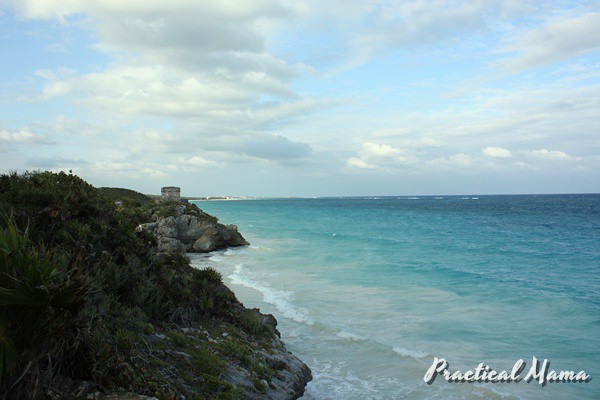 Wiev of the northern ruins from the southern point of the site. 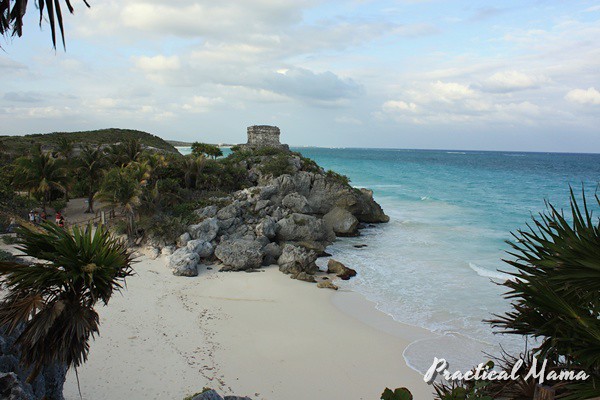 Cannot get enough of the turquoise waters. Every photo is like a postcard. 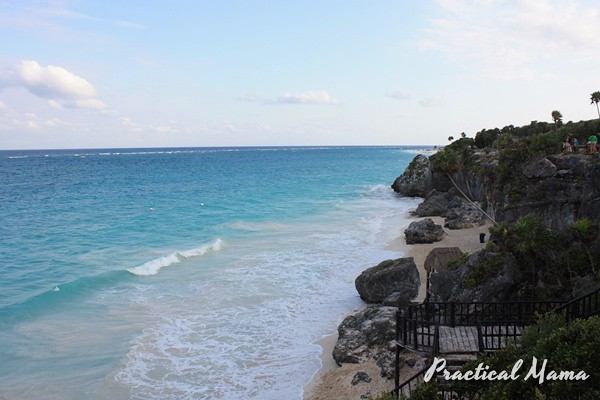 There was a little crowded beach, which the boats were transporting people, far on the south side. You can climb down to the beach via stairs. 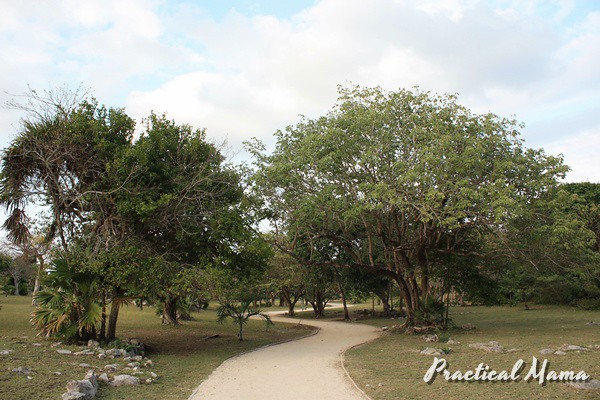 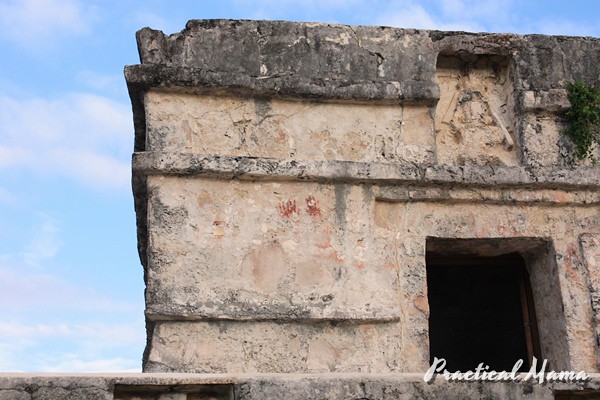 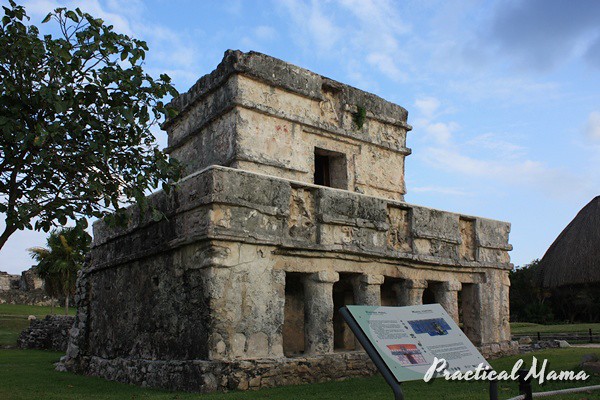 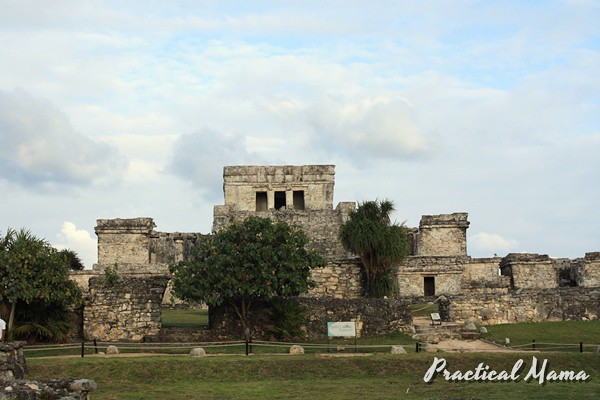 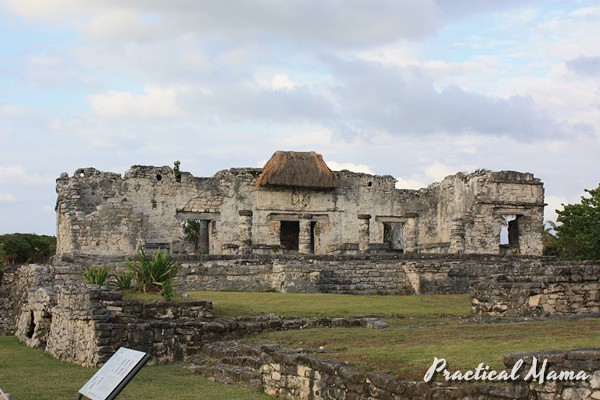 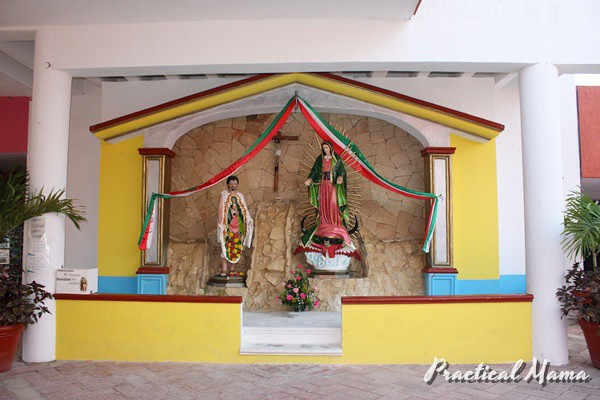 A shrine outside of the archaeological site.

There is Subway near the parking lot, which was closed when we were there. There is another small restaurant that offers local food, where we had a quick bite before we left to go back to the hotel. There are souvenir and handcraft shops as usual but not as ubiquitous as they had within the archaeological site in Chichen Itza. There were many nice looking restaurants on the way as well.

The drive from Tulum back to Cancun was slow. The roads were congested. There were many “Topes” (road bumps) and police check points.

You can find the rest of the photos in my Flickr “Tulum” album.