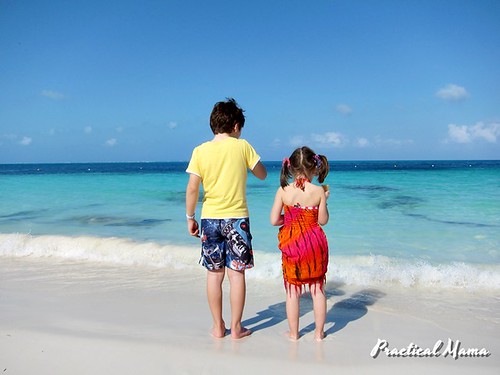 Finally, I can upload photos from our “Spring Break” trip in Cancun, Mexico this past March.

My husband really took his time to research the hotel with the best possible beach for the children. He learned, the beaches on the North side of the “7” shaped coast in Cancun, were more protected, therefore tend to be calmer and has less waves. My brother and his family went to Cancun just few months before us and had told us that even with him holding his 2 year-old daughter, sometimes it was way too difficult to struggle with the waves and enjoy the sea. So keep in mind, if you have children that you want them to enjoy the Caribbean Sea, instead of the pool, which you can find anywhere, choose a hotel on the north coast of the “7”.

Along with room size, all inclusive pricing and layout we picked Hotal Riu Caribe, Cancun. We stayed here for a week. I liked the hotel a lot. I can definitely recommend it for families. We stayed on the outer rim of the right wing, which was pretty quiet. I would assume the rooms at the center, looking at the main pool would get some noise from all the activities going on during the day and night. 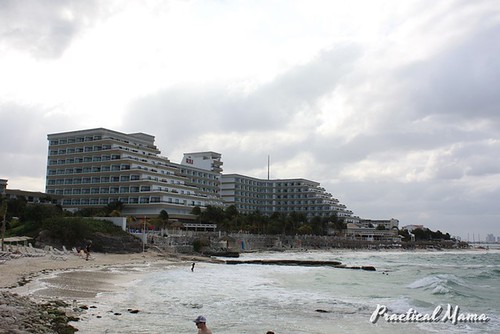 It had a really nice, white sand beach. This photo was taken on a windy and overcast day. The waves were still manageable for adults, but not for kids. 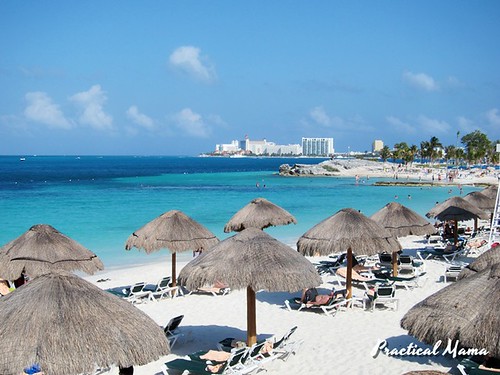 On sunny days though, it was perfect. The beach of the other Riu Hotel next to us was really small and longer portion of it was rocky. Find stretchers with shade wasn’t that hard. Beach/Pool towels are included. 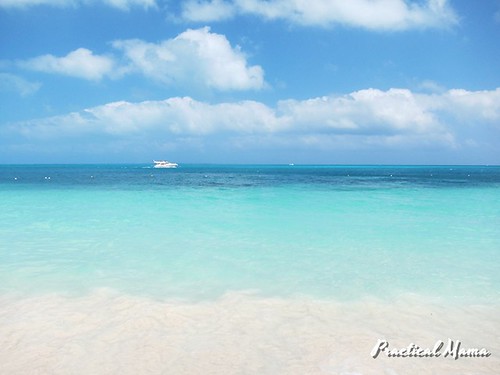 Oh, the white sand beach and turquoise Caribbean sea. The hotel had a aquatic activities center for snorkeling, surfing and stuff. It had beach volley area, table tennis by the kid’s club, aquatic gym activities in the morning. The usual stuff you would expect from an all-inclusive beach resort. Also there were on-site reps from some tourism firms that arranged day trips to theme parks such as Xel-Ha, Xcaret and Xplore. I really wanted to go to Xel-Ha but kids got sick so we bailed. 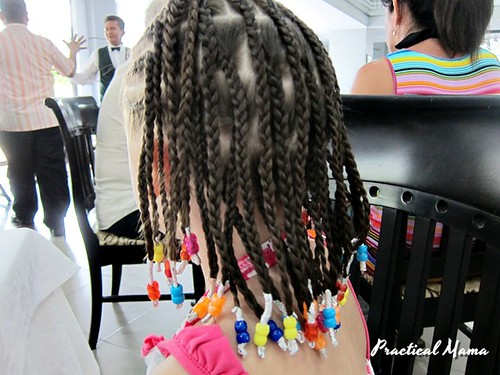 My daughter had her hair braided. She loves it and sat patiently through it, maybe more than 45 minutes. 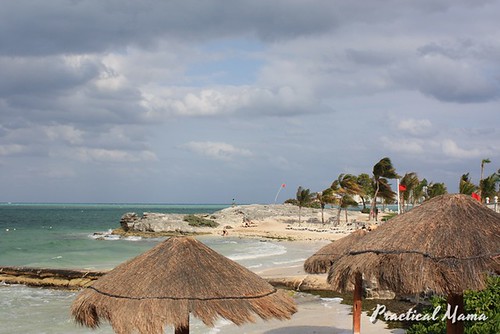 The winds picked up on the latter half of our trip (the same time when kids got sick). They put up red flags in the morning but by noon it would be green. 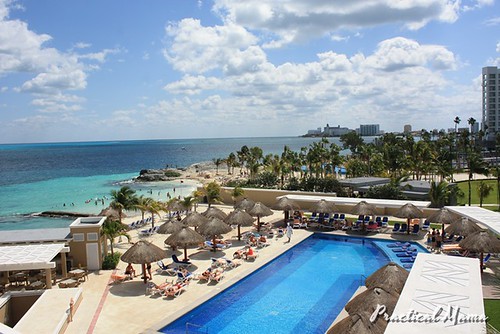 This is the big, quiet pool. The main pool was bigger and there were some “Club Activities” going on during the day. There wasn’t any major (or disturbing) “Spring Break” action but there were definitely some college students. Interestingly, there were a lot of people – including students- from the UK staying at the hotel. 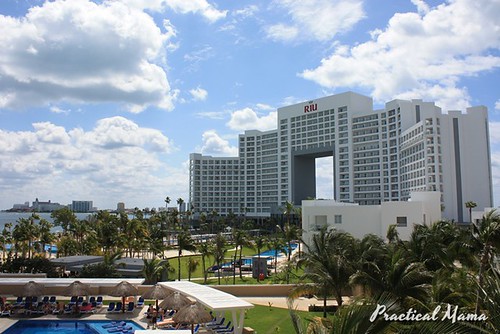 This is the other Riu Hotel right next to us. My parents went in and told me that interiors were very fancy decorated. They had infinity pool. But again, our hotel’s beach was much nicer. 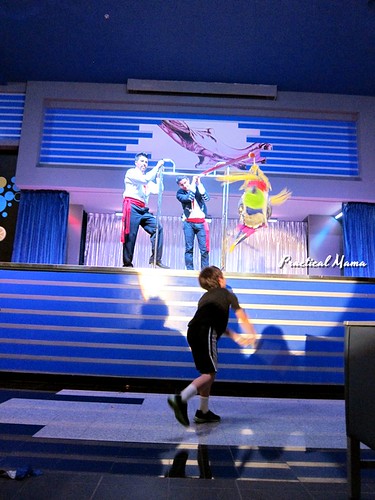 There were entertainment shows, starting with kid activities, every night. One night a week is Pinata night, which they line the kids up to hit the pinata and break it. They organize it so well that the every kid from every age and size gets to hit and doesn’t break it until the last kid hits. 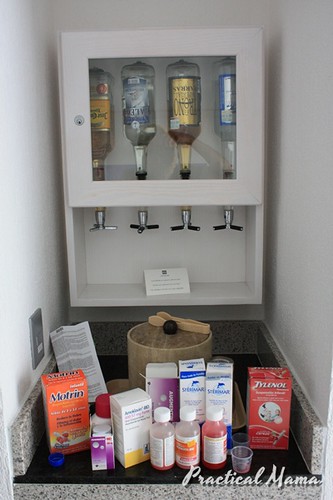 As our family tradition on vacation, kids got sick again. Probably some virus they got, that caused fever but nothing else. This photo is titled “Adults Bar vs. Kids Bar” 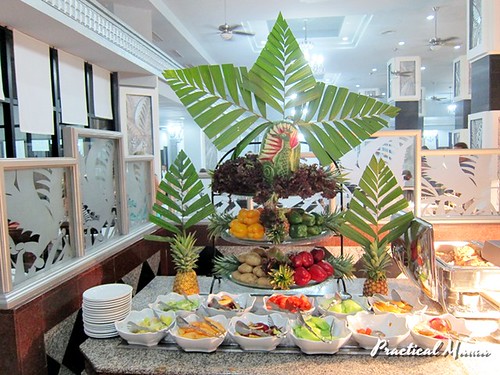 It was an all-inclusive hotel with all you can eat bar in the main restaurant. The food was great. A lot of seafood and fresh fruits for me. The ice cream was delicious. There were other restaurants (Steak, Asian, Mexican) that you could make reservations and go as well. Kids ate a lot of pancakes with nutella and sprinkles in the morning. 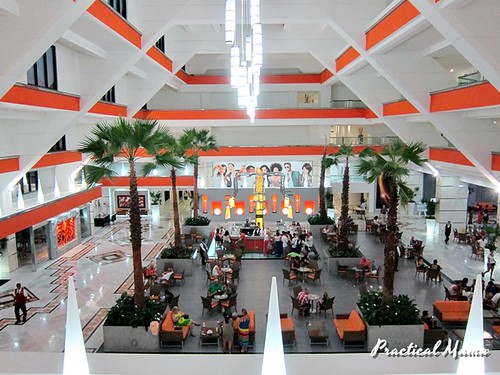 Hotel had an architectural design similar to the pyramids in Chichen Itza and Tulum. The rooms were clean and well stocked with water and other drinks. Bathroom and showers were spacious. TV with a lot of channels from all languages, which helped us when kids had to stay inside because of fever. You could only access the internet in the lobby. The rooms didn’t have free internet, which worked for me. The hotel has kids club, with an outdoor playground and indoor activity center (with a TV). They also hold games and activities around the pool. 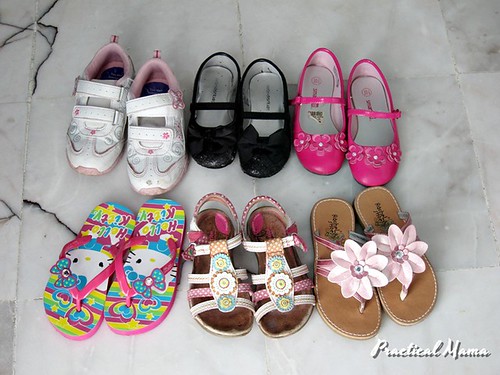 The shoes my daughter brought along. 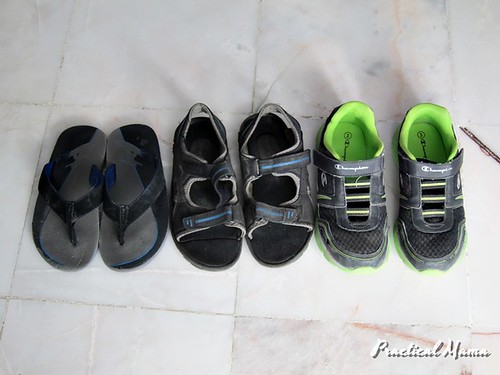 The shoes my son brought along. 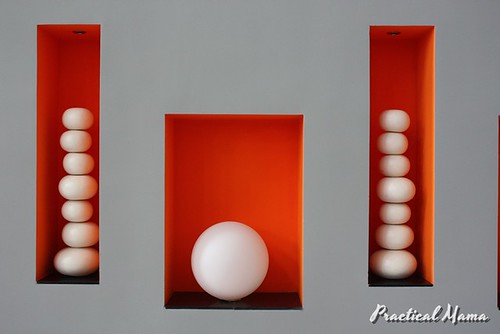 Artsy looking decor in the lobby.

You can see the rest of the photos in this Flickr Album. I will be writing about our day trips to Chichen Itza and Tulum during our stay in Cancun, Mexico.